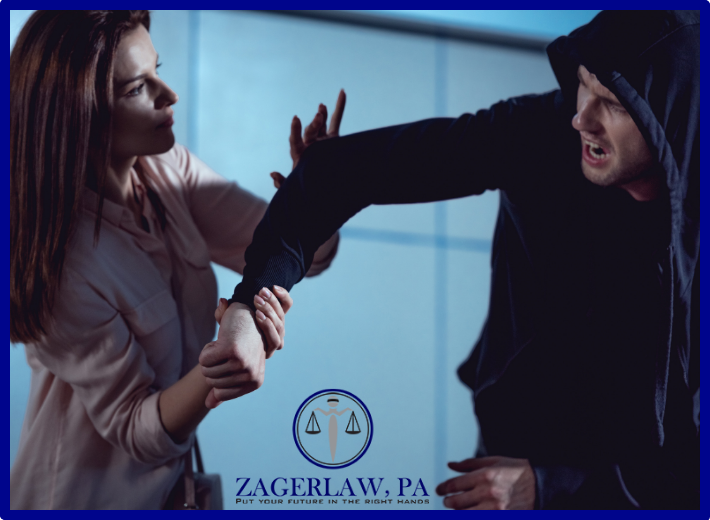 Many individuals believe that they have the legal right to protect themselves. However, there are times when self-defense laws do not apply. A person claiming self-defense must prove at trial that the self-defense was justified and can be used as a defense in violent crimes under state or federal law. Read on about self-defense laws that dictate what is considered justifiable force and what is not. A criminal defense lawyer should be consulted to explain the particular rules that apply to your case — and we can help with that. We offer a complimentary consultation to discuss your specific situation.

The law has long recognized the right of a person to protect himself or herself from harm under certain circumstances even when that conduct would otherwise subject that person to criminal culpability. Self-defense is considered the right to prevent harm to oneself by using a sufficient level of counteracting force. Self-defense can be used as a defense in violent crimes under state or federal law. Additionally, this may be a defense in some civil cases. Self-defense rules and processes vary by jurisdiction. States have different rules pertaining to self-defense. Some of these differences apply to when self-defense is allowed. Another difference is how much force the victim is permitted without entering into criminal culpability.

Self-defense laws dictate what is considered justifiable force and what is not. They dictate when self-defense can be used as a defense to a crime or civil claim. These laws protect the individuals asserting them as well as individuals who are the recipient of what is claimed to be self-defense. In order for the person executing self-defense to be protected by this law, the following principles may apply.

Likewise, if someone commits an assault on a victim and then there is no belief regarding any future violence, the imminent threat of harm does not exist after the assault has ended. The use of force after that point is not considered imminent in nature but instead retaliatory.

In addition to the potential harm being imminent, the threat of harm must also be reasonably perceived. For example, if the person was incapable of committing the harm threatened, the threat is not reasonable. Reasonableness is based on what another person of reasonable prudence would believe under the situation and whether he or she would perceive an immediate threat of harm.

When self-defense is justified, the degree of force must match the level of the perceived threat. Only the amount of force necessary to remove the threat is justified. If the threat involves deadly force, such as the aggressor using a weapon against the victim, deadly force may be able to be applied in response. However, if the threat involves minor force and the person uses self-defense that can harm or kill the aggressor, the argument of self-defense may not apply. This situation may apply when a person uses a firearm against someone who has pushed him or her.

In some cases a person may have a genuine fear of immediate physical harm but this fear may not be reasonable to an objective person. If the person in this situation uses self-defense, it is usually referenced as “imperfect self-defense.” While this defense may not remove all criminal culpability for the situation, it may help reduce the charge or make the sentence lighter.

Some states require the person claiming self-defense to show that he or she first tried to retreat from the violence. This was the original rule of common law. However, most states have removed this requirement for non-fatal force. However, many states still require an attempt to escape before a person can apply lethal force.

Another doctrine that may apply in self-defense cases is the castle doctrine. In states where retreat is required, a person is often allowed more flexibility if he or she is attacked in his or her own “castle” or home. Lethal force may be permitted in these situations even in states that generally require retreat. The particular result that can arise depends on the particular interpretation of the law and its applicability.

A criminal defense lawyer may be consulted to explain the particular rules that apply in the state.

Your fight is our fight. Our team is committed to providing personalized legal support of the highest quality. Find the experienced and compassionate legal advice you’ve been looking for at 954-888-8170. Join our Facebook community here.
Reference: [https://www.hg.org/legal-articles/self-defense-laws-40093]